The challenge, however, doesn’t need to be interpreted as a threat. “No one needs to be disrupted unless they choose to be,” says Aly Dhalla, CEO and co-founder of Finaeo.

Indeed, the legacy insurers experiencing the most success are the ones that have embraced insurtech’s ability to facilitate focused, fundamental change. Instead of seeing one another as a threat, legacy insurers and insurtech companies can find arrangements in which both parties succeed in .

Living in the Era of Insurance Innovation

Today, customers can have nearly any item they need delivered to their door, thanks largely to companies like Amazon, whose approach has left many brick and mortar retailers scrambling to adapt.

The changes wrought by Amazon have led some commentators to assume that legacy insurance companies will soon face the same fate. “If people can buy paper towels on the Internet, why not insurance?” asks Rakesh Gupta, chief operating officer of biBERK.

Today’s established insurance companies haven’t remained in the pre-digital era. Like every industry, they’ve begun reaching out to customers online. Many even believe this digital facade will be enough to keep their company going in a transformed world.

This belief is risky, says Steven Schwartz, founder of Global Cyber Consultants. “If you are at a company right now that is just starting to feel pretty good about your position along the intelligence of things continuum, really good about your digital marketing team’s evolution, your grasp on social media/SEM/SEO, your grasp on building a multi-channel experience, your grasp of what your customer wants, enjoy the feeling — you’re about to be disrupted.”

Is Buying Insurance as Simple as Buying Socks?

Surface attempts to embrace digital norms aren’t enough, adds Schwartz. This is because the technology driving insurance innovation doesn’t exist only on the surface. While many established insurance companies are looking for ways to reach customers online, insurtech companies are finding ways to use artificial intelligence and machine learning to radically rethink the way risk is understood, analyzed and underwritten.

Thinking of insurtech companies like Amazon fails to consider the complex nature of insurance, says William C. Wilson of the Independent Insurance Agents & Brokers of America. Unlike purchasing the wrong clothing item or grocery product, which typically causes only inconvenience, choosing the wrong insurance product could cost a person literally everything they own.

The existence of insurtech startups alone doesn’t pose much of a threat, says Wilson. To truly shift the work of insurance, these companies need a deep knowledge and understanding of insurance itself. This knowledge currently lies in the hands of established companies.

Legacy insurers have the knowledge insurtech needs to thrive; insurtech has the innovative approach and technical skill legacy insurers need to meet customers’ expectations today. Instead of a perfect storm, the two create a perfect potential partnership. 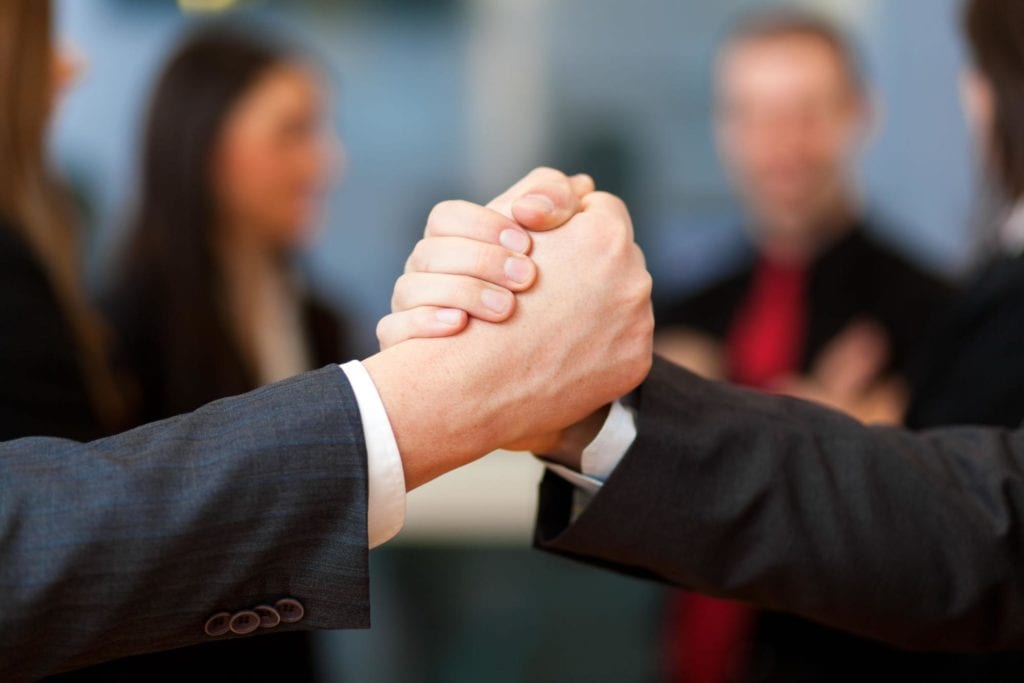 How Insurtech Is Changing the Insurance Ecosystem

Some insurtech companies are already making profitable partnerships with legacy companies, both within the insurance industry and outside it. Others are opening up new markets for insurance coverage, giving legacy insurers inspiration and access to new lines of business.

Insurtech startups understand the benefits of partnering with established companies. For insurtechs, this includes leveraging an established partner’s brand recognition and accessing a new customer base.

Not all insurtech companies, however, have turned to legacy insurance companies for their first partnerships. Instead, they’ve gone to the source of new customers.

For instance, London-based Wrisk partnered with BMW to offer auto insurance to BMW customers with the goal not only of reaching a new customer base, but also of changing the way auto owners view insurance purchasing.

“Going to buy a new car is exciting, but the process of insuring it is less exciting, so we are trying to change the dialog there and make it easier and more intuitive to do that in a mobile way,” says Niall Barton, co-founder of Wrisk.

Don’t have a market? Create one. That’s the approach of several new insurtech companies worldwide. For instance, in 2014, Chinese insurtech firm Zhongan offered over-drinking insurance to fans of that year’s FIFA World Cup. The policies were intended to help fans deal with the effects of having one too many drinks during the game and surrounding festivities, says Vinnie Lauria, founder of Golden Gate Ventures.

Other insurtech companies are reaching out to customers who have a digital connection but not a large income, says Lauria. Instead of offering top of the line coverage, these companies offer smaller, targeted policies for specific events. These policies include everything from insurance that covers travel delays to protection against the loss of a particular item, like one’s phone.

This approach to insurance opens up new markets. Legacy insurers can let insurtech companies enjoy the business from these customers — or they can offer their name, resources and wisdom in exchange for a share of the market. 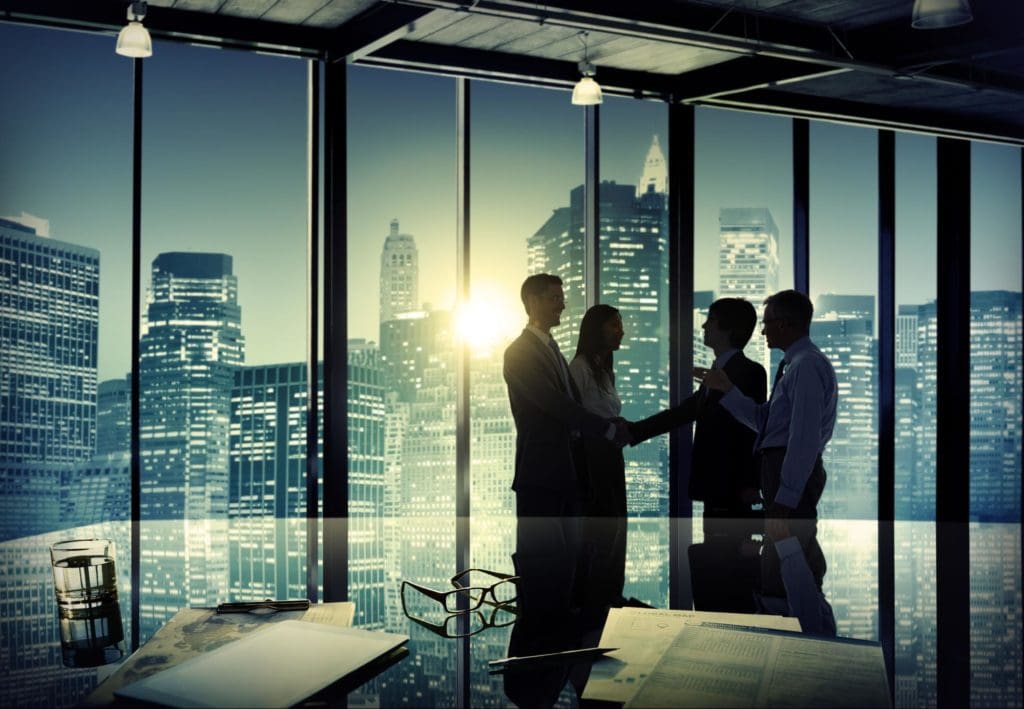 How to Foster Productive Partnerships

The first step is to stop seeing legacy insurers as the cause of a broken industry and insurtech as the fix, says Satadru Sengupta, CEO of Halos Insurance.

Instead, Sengupta recommends focusing on a different question. “The whole idea when you’re building [an insurtech] platform is, how are you helping the consumer? That’s the first question. And then it’s, how is this helping the insurance company and ourselves and all the other stakeholders involved? That’s when you have a business. That’s when we can work together.”

This question forms the cornerstone of productive relationships between legacy and insurtech companies. For example, a McKinsey study found that P&C carriers with the strongest financial showings have several traits in common. “They articulate an ambitious digital strategy,” say Tanguy Catlin, Ido Segev and Holger Wilms at McKinsey.

“They use analytics and automation to enable more responsive and accurate decision-making. They instill a culture that obsesses over customer needs, and they build collaborative and agile organizations capable of continual innovation.”

These companies do better because they’re willing to look beneath the surface of today’s digital transformations. While some established insurers look for an idea or tool that will solve one problem, the strongest performers look for more foundational approaches, says Jeff Pettegrew at Insurance Thought Leadership.

Here, seeking insurtech companies as allies can be invaluable. Many insurtech groups are already looking for ways to change the fundamental nature of insurance and the insurer-customer relationship. When they’re backed by the vast experience and data legacy insurers offer, both parties benefit. Customers benefit. The relationship is win-win-win in this new insurance ecosystem.