Forty-six percent of insurers expect to begin using blockchain within the next two years, and 84 percent say the technology will change the way they do business, says Jim Struntz at Accenture Insurance.

It’s clear that blockchain offers a number of exciting possibilities for P&C insurers, but its implementation comes with both risks and challenges. Here’s where blockchain stands today — plus how to understand the inherent risks and opportunities of using this exciting technology in insurance.

Blockchain technology has become a buzzword in dozens of industries, where the technology promises to revolutionize processes across the board.

A blockchain is a distributed ledger, with entries stored across the entire network on which it operates, says Michael Mainelli, executive chairman at technology company Z/Yen. Participants in a blockchain can add to the entries in the chain, but cannot delete or modify previous entries. Consensus is reached when everyone’s version of the ledger matches; anomalous entries are instantly recognizable as improper, incomplete or suspect.

Blockchain technology got its start as a driver of digital currencies because it solved a logistical problem: the need for a third party, such as a bank, to guarantee a record of money transfer between two parties.

Funds can’t be spent twice because their existence depends on the transactions that record them, says Michael Taggart, president of Cryptonomex. Instead of values being copied, the ledger is continuously updated with a series of transactions, detailing who has what at all times.

The same model can be applied to other types of sensitive transactions, says Brian Kelley, founder and managing director of Quincy Analytics. For instance, it can allow sensitive data to be shared directly between parties, reducing or eliminating the chance of it being altered or falling into unauthorized hands. Blockchain can also reduce the amount of time required for certain transactions.

The “blockchain’s immutable properties make it a natural partner for insurance, where settlements and reconciliation between multiple parties across the insurance and reinsurance chain can be painful and protracted,” says Helen Beckett at Raconteur.

The existence of a single record that no one party can control can end many disputes before they even begin. 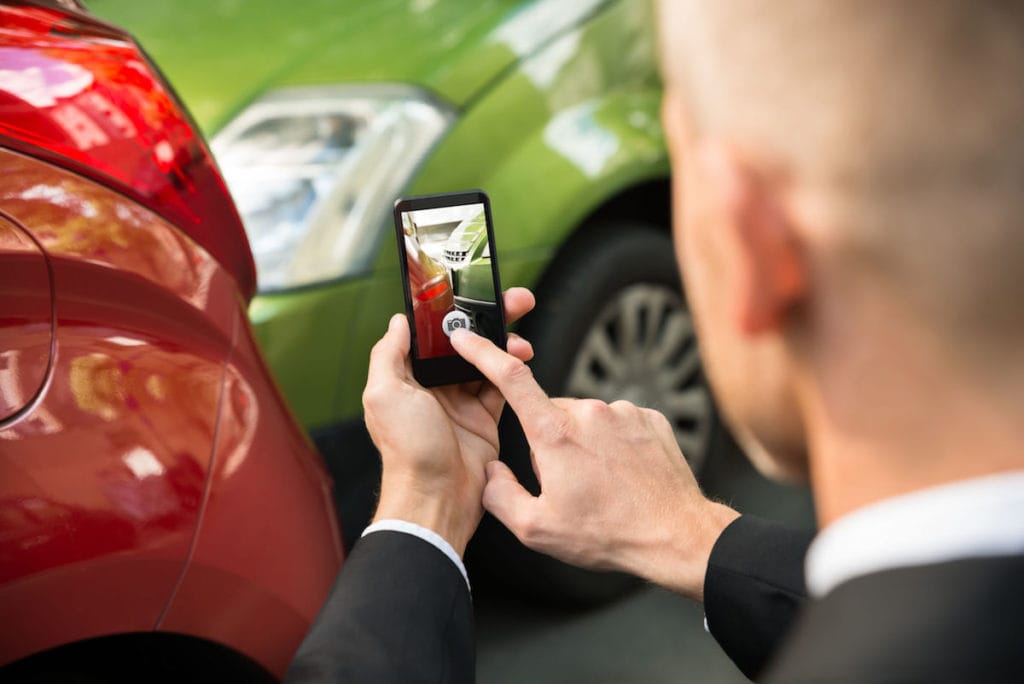 How the Blockchain Benefits the Insurance Industry

Insurers can imagine myriad uses for a system that verifies its own accuracy, isn’t siloed in any one company or server, and can automatically perform certain tasks when particular conditions are fulfilled. A blockchain’s opportunities in insurance have only begun to be explored.

Since blockchain technology is distributed and participatory, it offers new opportunities for transparency in the insurance field. This is something the current industry sorely needs, says Adrian Clarke, founder of the blockchain-based platform Evident Proof.

Greater transparency would help customers better understand why and how their claims are handled, for example. This can help reduce the cost of litigation due to misunderstandings, says Clarke, making the claims process more efficient.

The blockchain can also streamline customer-insurer transactions by implementing a bring your own ID (BYOID) system, says Abbey Gallegos at Zeguro.

Early versions of BYOID already exist, and they’re powered by application program interfaces, or APIs. They’re a common sight: Options to log in with Google or use your Facebook ID make use of APIs, allowing individuals to use one set of login credentials for a wide range of tasks.

With the blockchain, identification credentials don’t belong to any one company or server. Instead, users maintain their identification on their own device and choose whether and with whom to share it. Eliminating stored usernames and passwords speeds transaction time and reduces the number of data points available for exploitation by hackers, while improving assurances that the person logging into their account is who they say they are, says Armin Ebrahimi, founder and CEO at ShoCard.

Smart contracts monitor when each party has fulfilled certain obligations or taken specified steps. When the right conditions are met, the smart contract automatically executes actions contingent on those conditions being fulfilled.

“A life insurance smart contract could immediately release funds to a beneficiary upon the death of a policyholder through electronic checking of death certificates,” says James Maudslay at Equinix.

By eliminating the need for a human to check every routine claim, smart contracts can resolve claims more quickly and free up staff resources for more complex claims.

Smart contracts can also make claim management more effective, says Rajesh Shirsagar at DZone. For instance, a smart contract could automatically record claims and substantiate certain details, releasing payment only when specific conditions are met. Smart contracts could also be used to track the number or type of claims from certain customers and automatically trigger an investigation in pre-set conditions.

The use of tools like BYOID and smart contracts can not only allow for quicker claims handling, but also for expansion into insurance products that were previously too labor-intensive to benefit either customers or insurers.

For instance, several companies have begun using smart contracts to offer flight delay insurance, says Olek Shestakov at Livegenic. Customers put in their flight data and choose a delay time, and if the flight is delayed longer than the time chosen, the smart contract automatically pays the customer. Because the transaction is simple and is based on a single data point, blockchain technology can handle the task without intervention from adjusters (except in unusual circumstances). 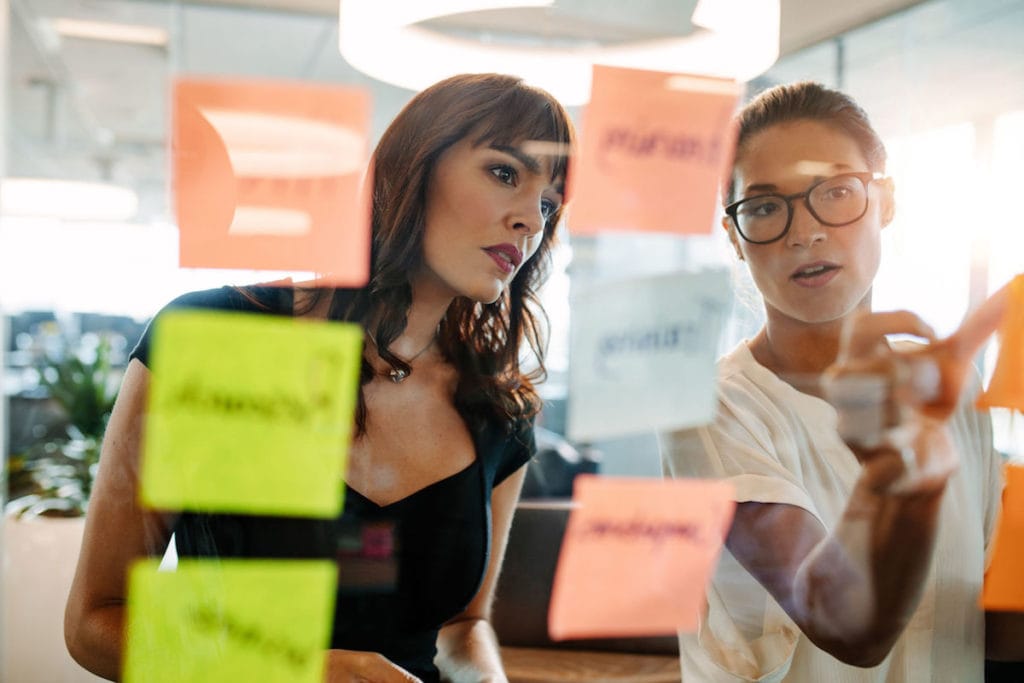 As with any new technology, a blockchain present certain growing pains to insurance companies.

Security is a continuing concern as blockchain-based companies find their offerings exploited, either by illegal means or by individuals using the code legally to execute tasks that have unintended consequences, says David Roe at CMSWire.

For instance, in 2016 hackers used a flaw in the code in an Ethereum decentralized autonomous organization, or DAO, to siphon out digital currency. $70 million was stolen before the hacker chose to stop, says Samuel Falkon of COTI.

Blockchain technology itself is also going through a growth phase, challenged by its own inefficiency. The more data is included in each addition to the ledger, the more energy and time each transaction takes, slowing down the process, says Alexander Lielacher, founder of Bitcoin Africa.

Energy consumption in blockchain technology is a rising concern, as well. In 2018, Bitcoin consumed about 0.2 percent of the world’s total energy consumption — more than that used by the entire nation of Bulgaria in a year, says Tam Hunt at Green Tech Media. If these trends continue, blockchain applications could consume more energy than every other human endeavor combined by 2020, says Eric Holthaus at Grist.

Finally, insurance companies face the same risk with blockchain as with other new technologies: In the rush to stay relevant, they may end up embracing a tool that isn’t effective for their approach to business, says Neeraj Sabharwal at Forbes. While blockchain may promise a way forward for insurance companies, its implementation in the face of each company’s unique challenges will determine its effectiveness for the insurer and their customers.